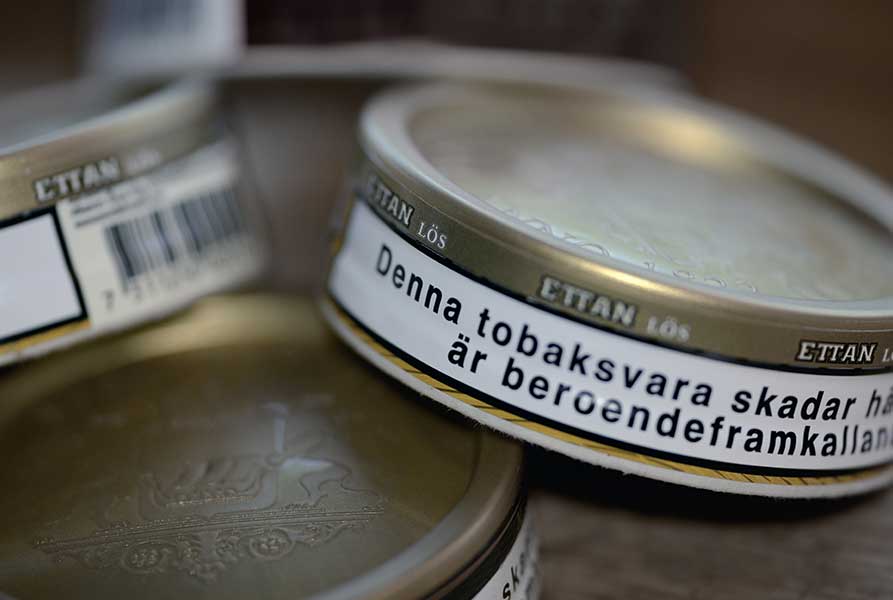 A Guide to Swedish Snus

The timeline of Swedish snus dates all the way back to the 1400s. Europeans first discovered tobacco when Columbus and his men arrived in the West Indies in 1492; when arriving on land, the indigenous people met them with gifts, which included dried tobacco leaves (which were a valuable commodity to the natives).

Eventually, tobacco plants were transported by Spanish and Portuguese seamen back to Europe. Physicians in Lisbon cultivated the plants in their backyards and started using the tobacco for medicinal purposes, claiming it could cure illnesses such as syphilis.

In the 1560s, tobacco made its way from Lisbon to France. French Ambassador Jean Nicot came into contact with the tobacco plant and decided to take some back to Paris. When he learned that the Queen had chronic headaches, he suggested she use crushed tobacco leaves as a treatment. She followed his instructions and her headaches disappeared - making this “miracle cure” gain popularity in the French court.

As the courts in Paris were the model all other European courts were based on, it was not long before snus was used throughout Europe. It was in 1637 that snus made it to Sweden, with customs documents suggesting it was brought over from neighboring Finland.

Snus became a hot commodity among both men and women of the aristocracy throughout the 1700s. At this time, the snus can was a must-have accessory: the cans were made out of gold or other precious materials.  Around this time, there was also a major breakthrough in Swedish tobacco: with tobacco plants being grown in over 70 towns across Sweden by the end of the 1700s.

However, the French Revolution made it unfashionable and even politically a challenge to continue to use snus. During this period, snus was out and smoking cigars became the way to consume tobacco. Even in Sweden, the political changes were connected to snus habits.

How did Swedish snus get to where it is today?

The 1800s started to see the manufacturing of moist Swedish snus from suppliers such as General snus and Röda Lacket. However, there was one Swedish snus manufacturer that stood out and was the largest: Ljunglöfs Ettan. Swedish snus manufacturers during the 1800s all produced a snus No.1, No.2 and No.3 (each number representative of the quality). The most popular, by far, was Ljunglöf’s Ettan No.1 which became a household name.

Swedish Snus in the USA

Between 1846 and 1930, more than one million Swedes emigrated to the U.S, carrying with them their Swedish snus. It was one of the many Swedish traditions that carried on across the Atlantic. Using snus became common in the areas where the Swedes settled which is why the main street of many of these districts gained the nickname “Snus Boulevards” from the Americans.

Traditionally, the key differences between Swedish snus and American snus are in portion size and flavors.

Swedish snus has significantly larger portions than American snus, which means they can have a stronger nicotine content also. It is also important to note the taste differences. American snus is usually a lot sweeter than Swedish snus, as they want to mask the tobacco with different flavors.

Loose. Loose snus is a moist powder that can be made into portions and packed using your fingers. It is quite a messy way to use snus and can result in dripping.

Portioned. Portioned snus has pre-packaged the moist powder into little sachets. While they come in smaller quantities than loose snus, it is considered more convenient and discreet than traditional snus (which is why this is the most commonly used form of Swedish snus).

Most Popular Snus in Sweden

Using data from Nettotobak, one of the most popular retailers of Swedish snus in Sweden, here are the top 4 brands of Swedish Snus:

What is the Future for Snus in Sweden?

While there are many similarities (such as the way you use the products), there are many important differences between Swedish snus and nicotine pouches.

Where to buy Swedish Snus online

You can buy some of the most popular Swedish snus online in the USA, such as General, via Northerner.

Buy Swedish Snus Online
Previous On! vs ZYN
Next What are the Consequences of a Flavor Ban?